Our drive to Khambula following the route of Evelyn Wood's invading force on the left hand flank of Chelmsford's invading army took us through pine forests and along sandy roads to a point which was less than a day's march from Mount Hlobane where the British had been defeated by the Zulus on the 28th March 1879. It was at Khambula a day later that the lessons learnt so harshly at Isandlwana would be applied - with severe implications for the Zulu nation. For Khambula was most certainly the turning point in the Anglo-Zulu War of 1879.

Unlike Isandlwana the British camp at Khambula was compact and well prepared for close defence. The picture above shows part of the outline of a redoubt constructed on the crest of a dominant ridge. This position which accommodated the commander, two companies of infantry and two 7-pounder guns of the Royal Artillery was about the size of two tennis courts. The perimeter was built up using rocks, stones and sods of earth.

About 150 yards to the West of this redoubt, about 100 transport wagons had been parked nose to tail to form a lopsided square. This main laager was defended by about 1,000 men from the 1/13th and 90th Light Infantry. Within the laager was a hospital, all supplies and about 700 saddled up horses. Around the perimeter the defenders could make use of a defensive trench and a double height firing step.

A further small laager of about 40 wagons was fortified to protect oxen and cattle. This was defended by a single company of the 13th Light Infantry.
The attacking Zulus were at the height of their confidence. They had defeated the British at Isandlwana two months earlier, bottled up the army protecting Chelmsford's right hand flank in Eshowe and had achieved impressive tactical victories at Intombe River and Hlobane. The army was 21,000 strong with it's fighting heart made up of the 6,000 strong Nkobamakosi regiment, average age 24. A formidable force set on crushing the 2,086 men under Wood's command.

In his excellent book 'Blood on the Painted Mountain - Zulu Victory and Defeat: Hlobane and Kambula 1879' Ron Lock (whom I had met on Spioen Kop a few days earlier) quotes an extract from Cetshwayo's battle orders; "You are not to go into the hole of a wild beast or else you will get clawed - wait until the soldiers come out of their laager and then fall upon them'.

On the 29th March the Zulu army had been observed all morning. The defenders were ready at midday when the Zulus deployed along a six mile front. Rather than wait for the Zulu commander, Mnyamana, to pick his lines of attack Wood decided to provoke a premature charge. A couple of troops of horsemen did the trick by dismounting 300 yards in front of the massed Zulu ranks and firing a powerful volley. The Nkobamakosi came on and the others followed.
The resultant ill disciplined attack achieved little and the Nkobamakosi retreated to an outcrop of rocks some 400 yards distant. The remaining bulk of the Zulu army attacked some 45 minutes later. The momentum forced the British defenders of the cattle kraal back. Zulu snipers managed to find shelter in the dead ground immediately below the lip of a ridge running parallel to the British positions (see pictures above and below).
A counter attack with fixed bayonets by the 90th Foot retook the cattle kraal. The battle then moved into its' critical phase with waves of Zulus coming on in the face of massed fire from the main Kraal and the smaller hill top redoubt. The tide turned decisively when two companies of the 13th LI were deployed on the edge of the ridge to fire into the Zulus who were massing for a final charge. The position is shown from the side in Prior's painting and looking towards the Zulu Lines in my photo - both images above. As the Zulu army faltered the British cavalry and mounted infantry - some 600 strong - moved to attack the retreating warriors.

All was finished by 6:30 in the evening and the next day a review of the casualties showed 83 British killed and wounded. The Zulus lost 800 in the immediate vicinity of the British camp and as many as 1500 along the lines of pursuit. The Zulu nation would never be quite the same again. 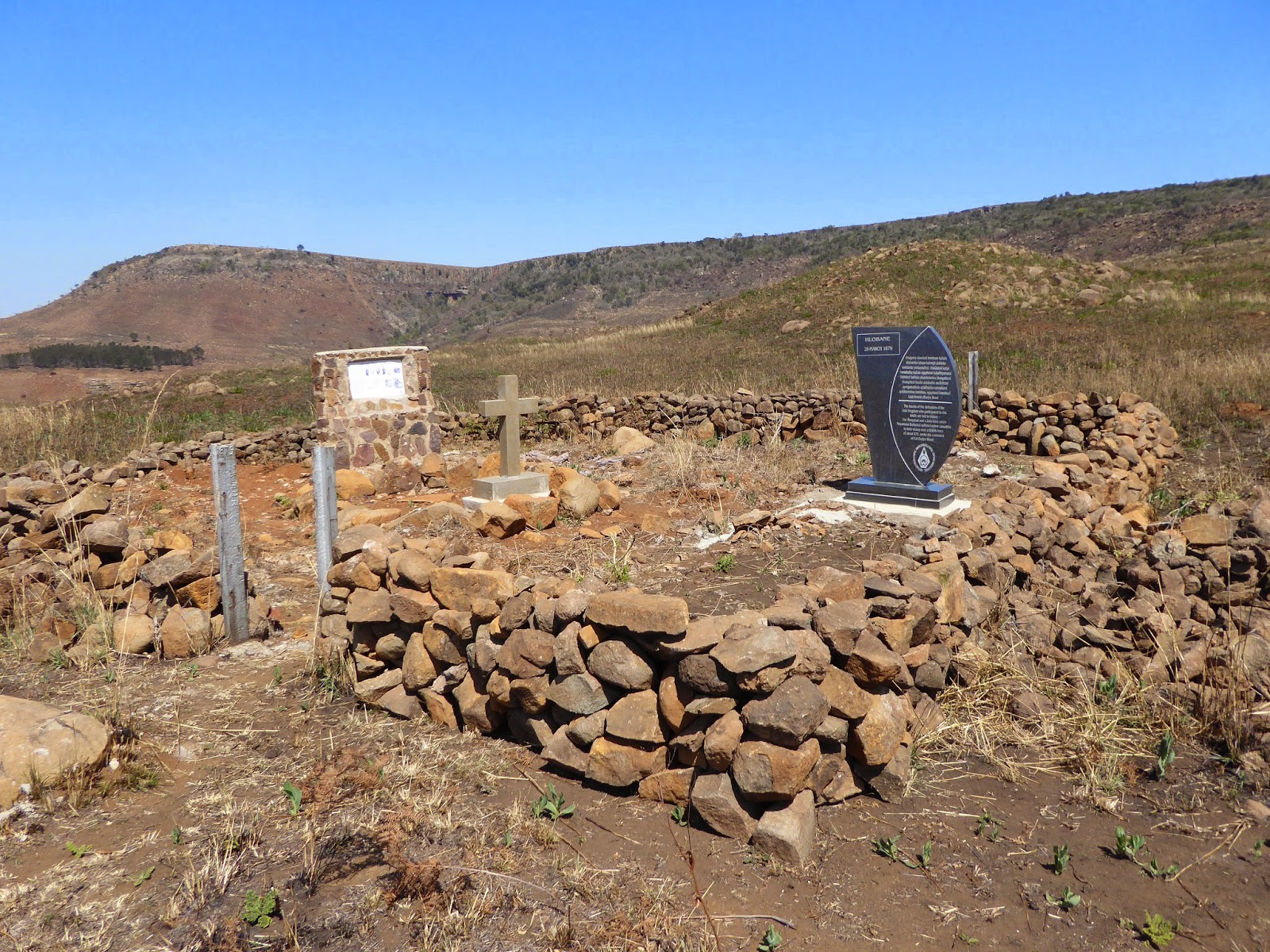