Bernard Arthur Taylor - A Life on the Ocean Wave

Uncle Bernard, as I knew him, was born in Havant, Hampshire on the 21st August 1887. 5 days after his 14th birthday, on the 26th August 1901, he enlisted as a bugler in the Royal Marines at Eastney Barracks, Portsmouth. Regimental number 9692. On enlistment Bernard was 4ft 11 inches tall and his next of kin was listed as Mrs Alma Taylor of 1 Reginald Road, Eastney, Portsmouth. His father, Arthur Taylor, was deceased by the time Bernard reached the age of enlistment. Religion: Church of England. Occupation: errand boy. 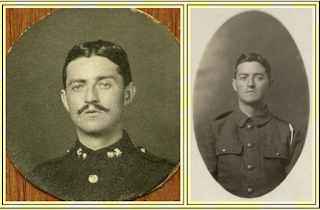 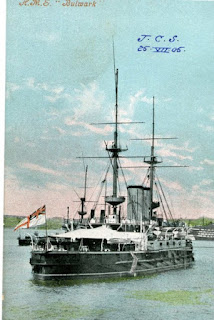 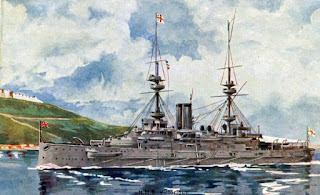 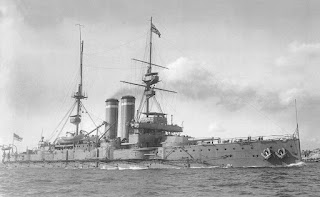 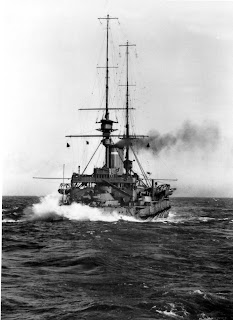 Bernard was discharged as 'no longer required' from the Royal Marines on the 22nd May 1912 but rejoined on the 5th September 1914 (Regimental number 14324). At the time of discharge he lived at 53 Ringwood Road, Portsmouth and at the time of hie re-enlistment it was 88 Ringwood Road, Portsmouth. His papers record a tattoed dragon on his left forearm and a bird on the right. Bernie began and ended his career as a bugler. 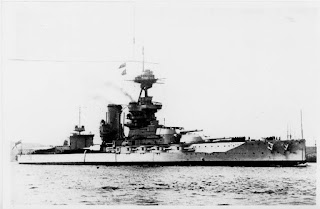 Much of Bernards' service during the Great War was spent with the 3rd Royal Marines Battalion at the supply depot, Mudros, in the Aegean. Latterly he spent time attached to the 28th Division in the Dardanelles area. He was demobilised on the 27th May 1919 and thereafter until his retirement worked as a civilian in Portsmouth Dockyard.

My father, Michael Curme, remembers Uncle Bernie - "I can only remember Bern talking about his time in Russia. He had one subject around which his world revolved and that was 'the officer class'. I think that he probably felt that he should have followed in his fathers' footsteps. Gilbert (Bernards' brother in law, my Great, Grandfather) only mentioned Bern in the context of his life after he left the Marines, but I can remember Ernest telling me that Bern had visited most countries of the world. My most vivid memories of Bern are of him sitting by the fire and opening his cupboard to the side of the fireplace. He never showed us the contents, which I imagine were quite fascinating. Aunt Maisie would humour him when he talked about officers and there is no doubt that he had a huge chip on his shoulder. Maisie had to iron during the day as she would take the bulb from the living room ceiling light and plug in the iron. A recipe for disaster! I never went upstairs in their house 50 Hudson Road."

My mother, Janet Curme, remembers Bern and Maisie - "Bern lived with Maisie in a little terrace house near the old Plaza cinema now pulled down and the sitting room was rarely used as the floorboards were unsafe. He had a special cupboard beside the fireplace in the back room which was filled with his junk, we had the special honour of viewing it once. Maisie was always saying when he died she was going to get the Co-op dividend on his funeral and I am still wondering if she did. Maisie was called by our side of the family 'shaving stick Maisie' cos a Christmas I can remember she gave everyone shaving sticks she had got free on an offer I don't suppose she had much money. Her yearly party in the room with the broken floorboards was quite an event. We all sat in a semicircle on hard chairs with a paper bag in which were all the silver milk bottle tops saved throughout the year with one red milk bottle top. We each took turns to take a top out of the bag and when someone took the red one everyone said "Ah" and we put it back and started again. I can remember sitting there and wondering what the point was. I don't remember any drink being involved I think they were Baptists but churchgoers. It must have been about 1952. Living with them they had another younger couple as lodgers. Maisie and the wife always watched television in the middle room and Bernard spent all his time in the back room with his cupboard".

My only memory of Bernie and his wife Maysie is a Christmas visit in the early 1960s when Bernie gave me a wooden model of a ship. I remember that he had made it himself and that it was painted in blue and white.

Bernard died at the age of 77 years, having taken a tumble down the stairs at his home in Hudson Road, Southsea.