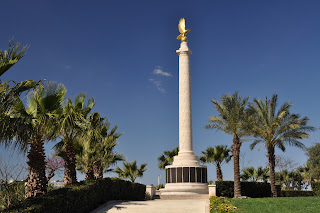 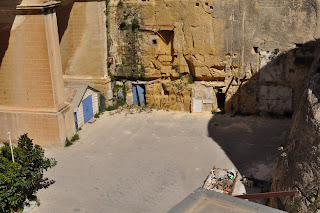 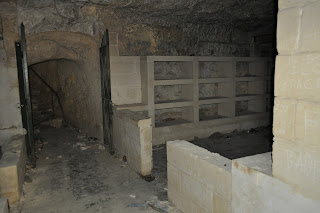 One doesn't need to go far to see evidence of the impact of WWII on the Island of Malta. The decaying ruins of Valetta Opera House are testimony to the punishment visited upon the brave islanders as a result of Malta's strategic importance in protecting supply routes across the Mediterranean. (Bravery that was recognised by the award of a George Cross to the entire population). 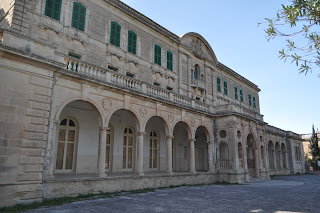 Malta has many fascinating historical sights many of the most interesting which go back to time of the Knights of the Templar in the Middle Ages. For this trip my interest was drawn towards the vestiges of 19th and 20th century military architecture - sturdy legacies of the British occupation of the island which eventually ended in 1974. There are a number of interesting sites scattered around the island - these in addition to the major cocentrations in the area of the Grand Harbour, Valetta. One such site away from the main conurbations is Imtarfa. Here, the old Officer's Mess (above) is easy to find, situated as it is, in Officer's Mess Road. 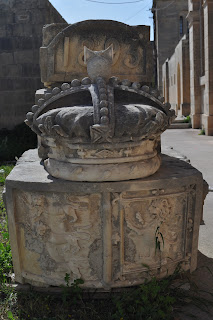 The barracks themselves are now apartments. I found the original pediment sitting by the side of an access road (above). Other sites worth visiting include the empty Pembroke barracks, the airfield at Takali and the dilapidated Naval Hospital in Valetta. We visited in April, before the heat of summer and hired a car to explore this fascinating island. To see all of the sites we covered please click here.
Posted by Curmo at 00:51 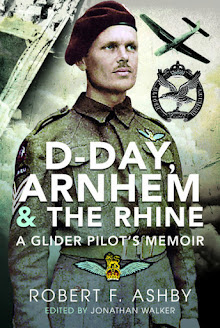